Tommy Catalano of Ontario, N.Y., has been knocking on the door to win a Race of Champions Asphalt Modified Series race for the past several seasons and this past Saturday at the ultra-modern Jukasa Motor Speedway in Southern Ontario, Catalano broke the door down and made his way to victory lane.

Catalano sped past veteran racer and defending Series champion, Chuck Hossfeld of Ransomville, N.Y., on lap 67 after a restart following a rain delay, then held off a charging Andy Jankowiak of Tonawanda, N.Y., to claim his first Series victory. It was Catalano’s second Race of Champions victory on Canadian soil as we won at Delaware Speedway, near London, Ontario in 2017 in the Race of Champions Asphalt Sportsman Modified Series.

“They were breathing down my neck, but I’m not sure I was breathing,” Catalano said smiling from victory lane. “This was a huge night for us and I just need to thank my Mom and my Dad, our entire family and friends, for giving me such a great racecar to drive. This has been a long time working and we couldn’t ask for a better way to end the night. This is great for all of us.”

Hossfeld started from the pole and led the field for the first 66 circuits fending off challenges from Eric Beers of Northampton, Pa., Patrick Emerling of Orchard Park, N.Y., and Catalano. A rain shower brought out the red flag for 1 hour and 5 minutes, before the race resumed.

When the race did resume, Catalano made his move and went to the top spot. In the closing stages of the race Jankowiak made several bids at the top spot, however, Catalano fended him off. Emerling wound up third.

Hossfeld and Scott Wylie of Blasdell, N.Y., rounded out the top-five.

Hossfeld posted the Speed51.com “Top of the Board” overall fast time in group time trials with a lap of 17.404 seconds with an average speed of 129.28 mph. 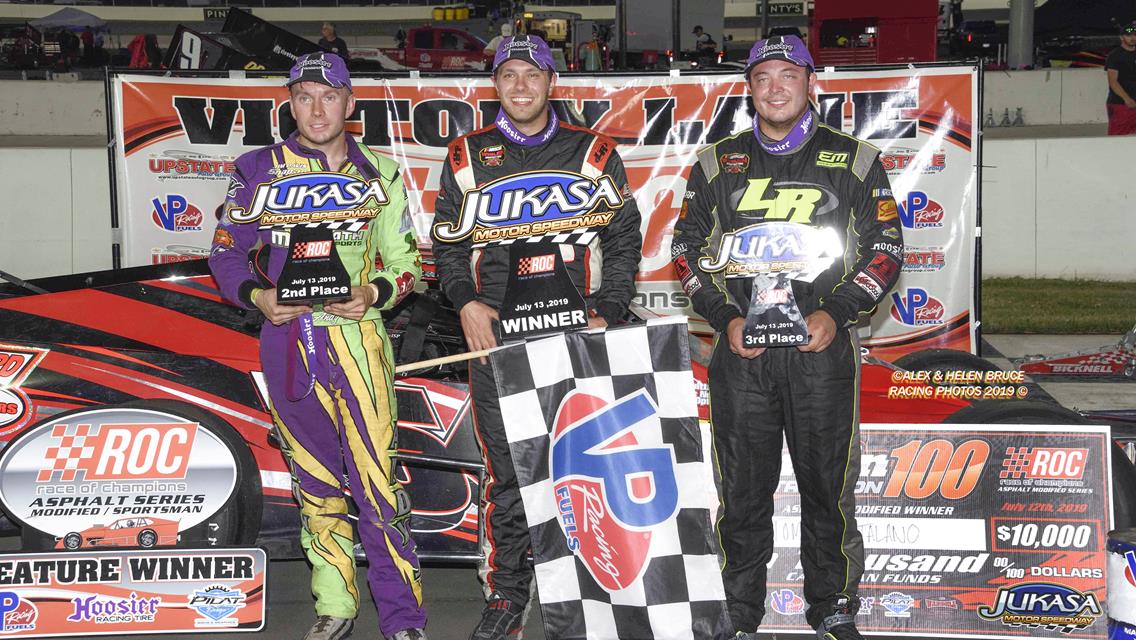