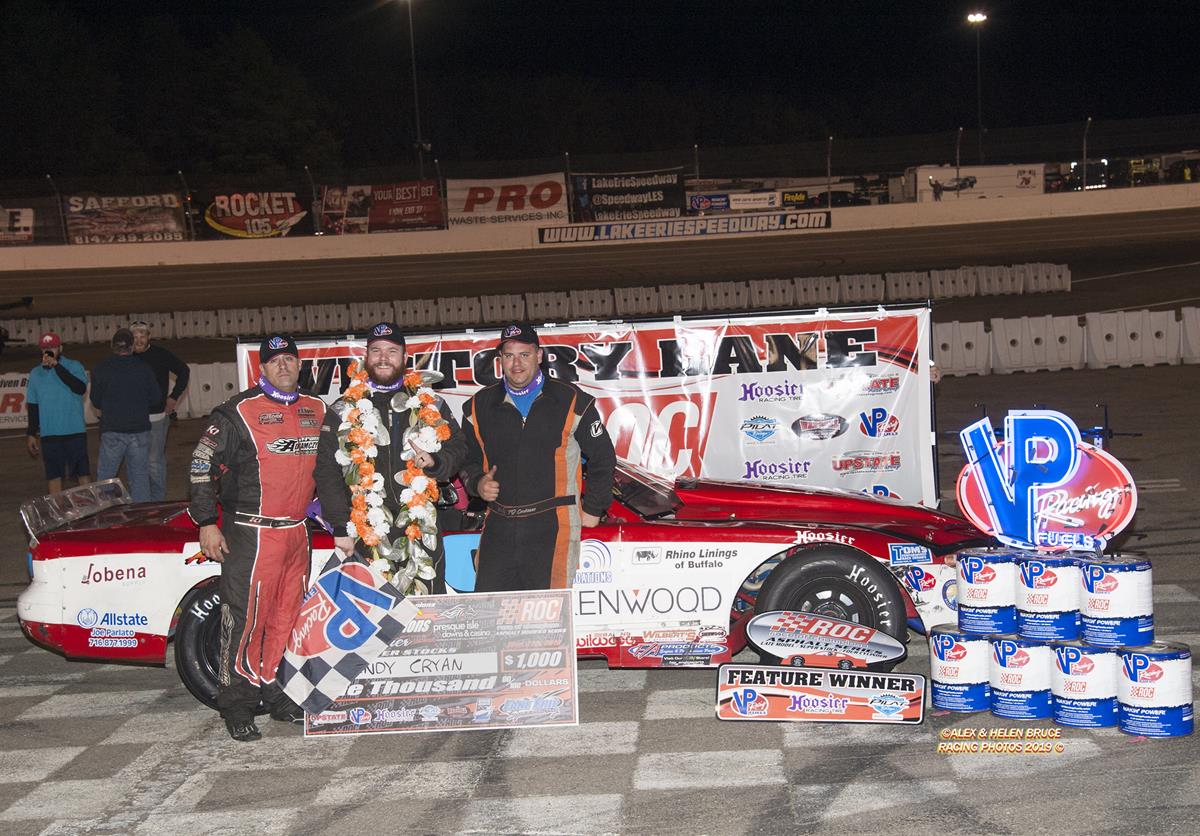 “This is the biggest race of our season and when it rained, I thought, this just isn’t my year,” stated Hirschman following the race. “Then when I knew we would finish I was pumped up to get going again. Things worked out our way. This track is great. There are multiple grooves and it really is exciting racing. It takes everything to win this race and to do it is extremely humbling to win. This race means a great deal to my family. My Dad (Tony Hirschman) has won it four times. It is an incredible feeling and this truly means a great deal to all of us.”

Hirschman captured the pole during group qualifying. After a rain delay when George Skora, III of Eden, N.Y., was leading, Hirschman worked his way back to the front and ultimately held off his neighbor, Eric Beers of Northampton, Pa., to score the victory. Skora worked his way back to finish third. Scott Wylie of Blasdell, N.Y., and young Austin Beers of Northampton, Pa., rounded out the top-five.

On Friday night Jankowiak scored an exciting and emotional Race of Champions Sportsman Modified Series victory over Nye and Hirschman. Chuck Hossfeld of Ransomville, N.Y., earned the Series title after earning the Modified Series crown in 2018.

Full and detailed race results and point standings can be obtained at www.rocmodifiedseries.com 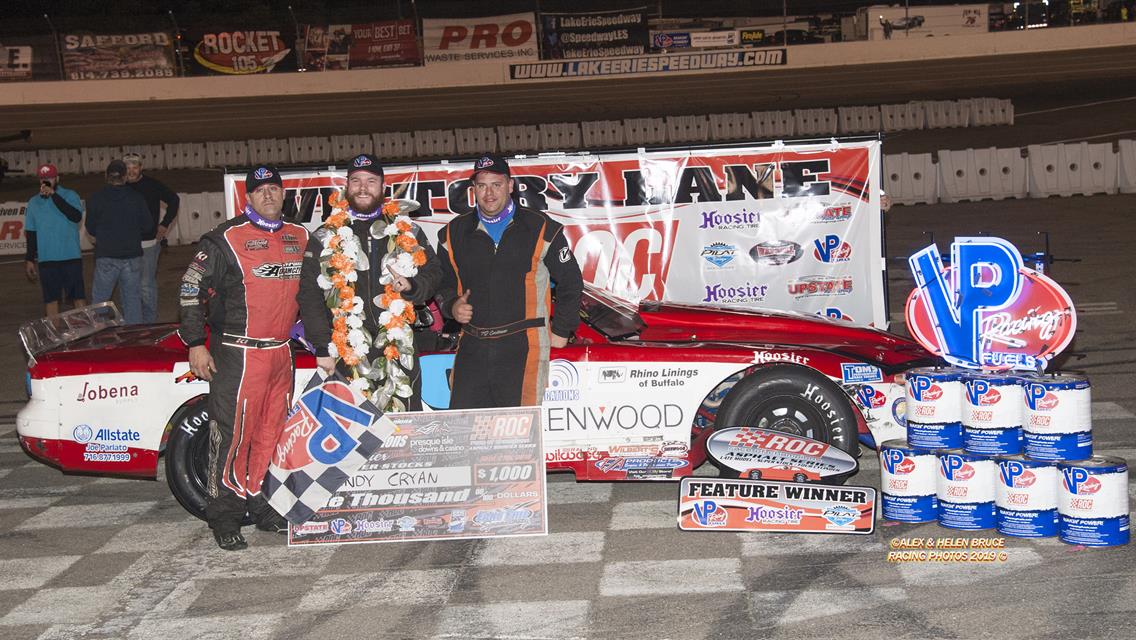 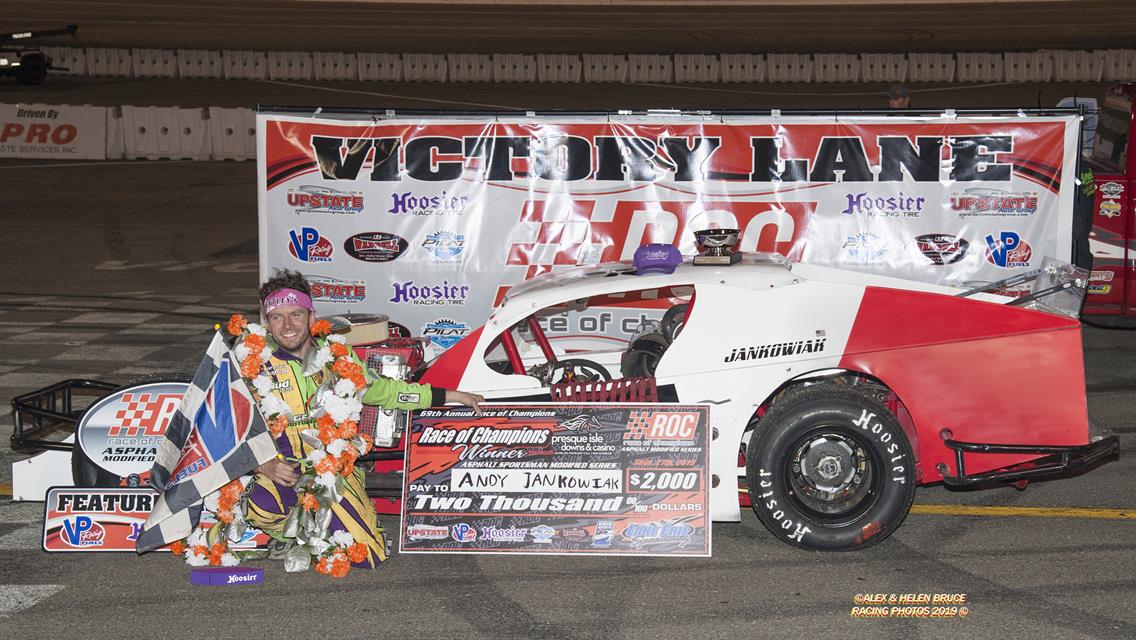 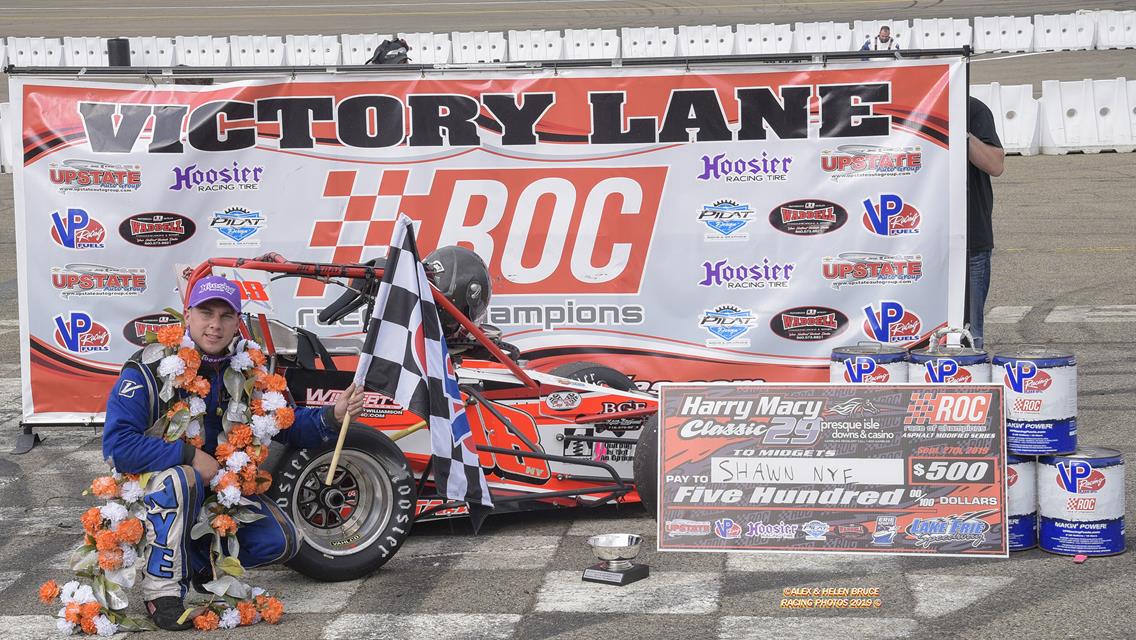 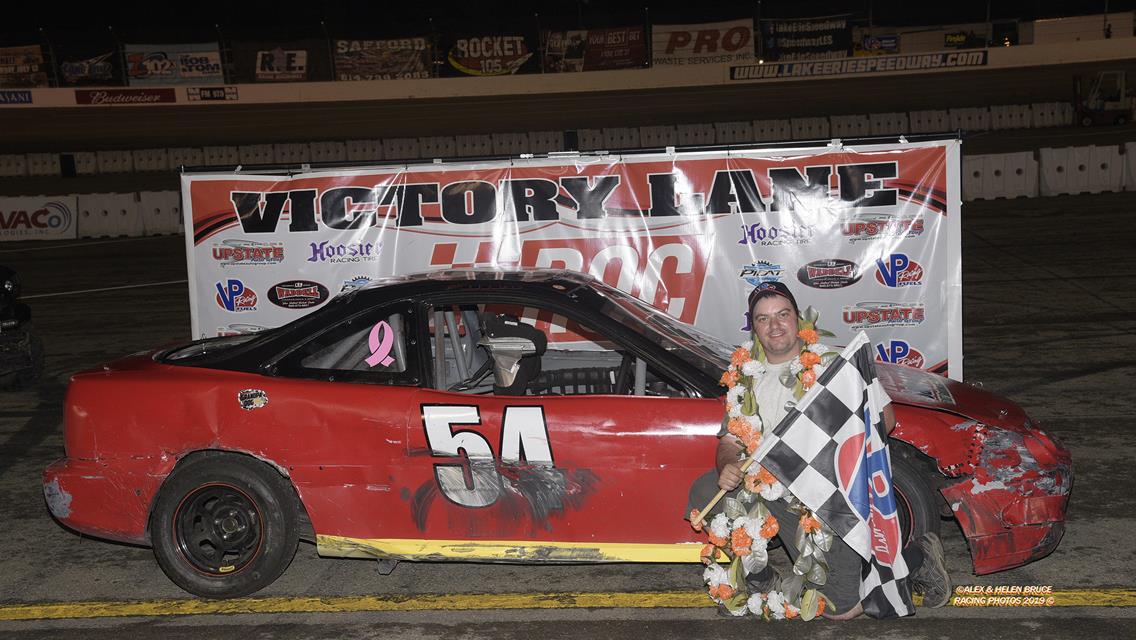