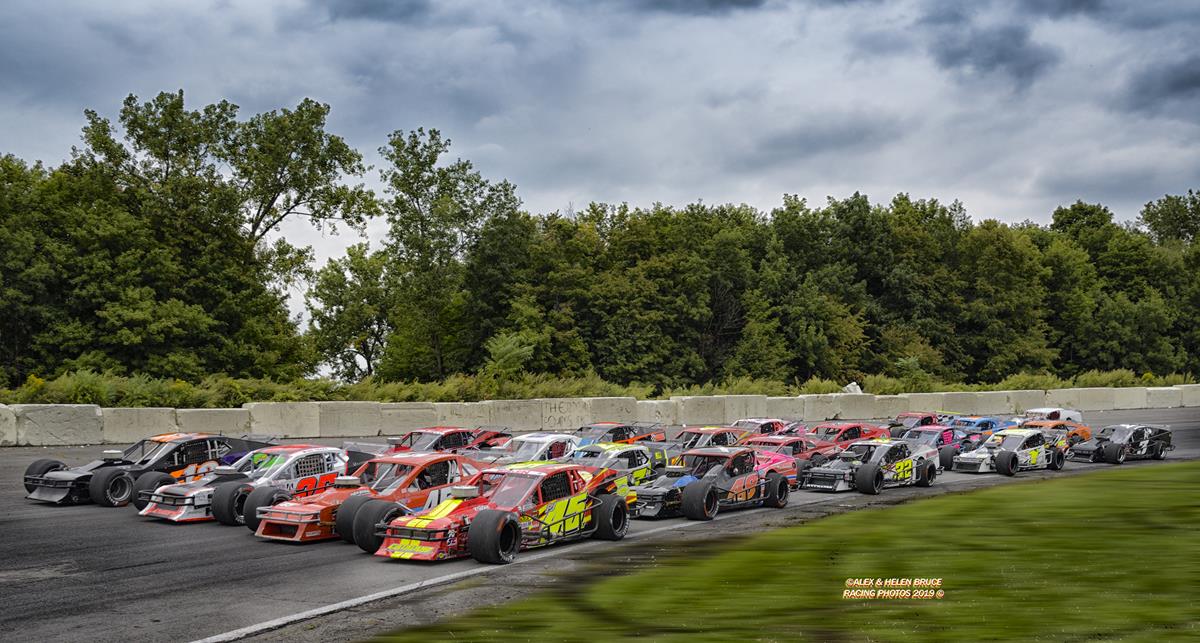 RACE OF CHAMPIONS MODIFIED SERIES SET TO RETURN TO LANCASTER MOTORPLEX THIS SATURDAY, JUNE 11 WITH 59-LAP RACE IN HONOR OF THE YEAR THE TRACK OPENED

The Race of Champions Modified Series will return to familiar ground this coming Saturday at Lancaster (N.Y.) Motorplex, most commonly known to fans and competitors alike as Lancaster Speedway. The Series will return after a three-year absence and the winner of the season opening event this past Friday at Spencer Speedway is looking forward to the challenge.

“Lancaster is a great Modified track,” stated Mike Leaty, who will be back behind the wheel of his familiar family-owned 25 after he drove the Stearns/Putney 14 to victory lane at Spencer Speedway in Williamson, N.Y., this past Friday. “We have been fast and won at Lancaster in the past. We are looking forward to another successful night this Saturday.”

“In 2017 we won the championship without winning a race,” continued Leaty. “We checked that win off our list last Friday. It’s not easy to win one of these races, the competition level is extremely high and then you bring in some of the veterans and some of the new competitors who showed up at Spencer and the challenge is that much tougher. We’ll be ready.”

The Race of Champions Modified Series will be joined by Lancaster Motorplex weekly divisions.

The fan gates open at 4:00 pm, with racing set for 6:30 pm and the Race of Champions Modified Series “Lancaster Motorplex 59” tentatively scheduled for 8:30 pm.

In addition to being able to spectate at the track, fans who are unable to attend may watch at www.rocmodifiedseries.tv

Directions: The track is located at 57 Gunnville Road in Lancaster, N.Y., just North of Route 33 and minutes from the New York State Thruway.