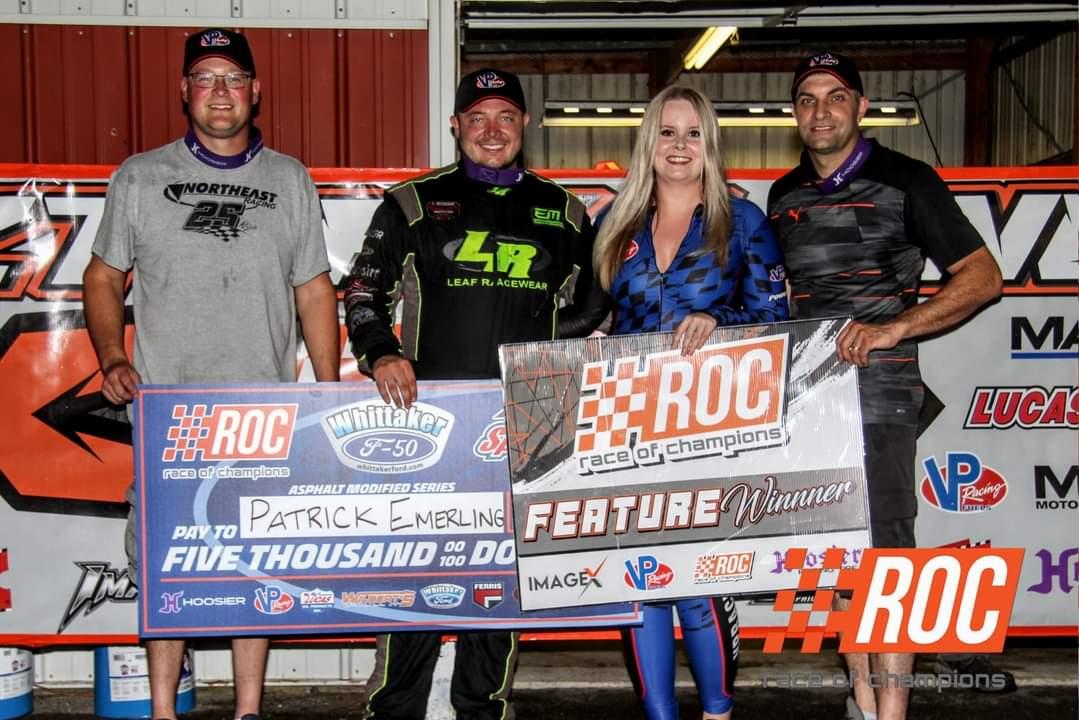 Patrick Emerling of Orchard Park, N.Y., captured the “rain-shortened” Billy Whittaker Ford “F-50” this past Friday evening in Williamson, N.Y., at Spencer Speedway after the race was halted on lap 36 by a substantial downpour. It was the first time, since prior to 2016, that the Race of Champions Modified Series had to end a race early due to inclement weather.

“Joe Steans, Billy Putney and this Advantage Motorsports Team gave me a very fast race car,” stated Ermerling following the race. “The car was fast off the trailer and we had things going good. We had a good heat race and a great draw. Things went our way tonight, we wish we could have run all of the laps, but the rain came and ended things early, we will take it.”

Zane Zeiner of Bath, Pa., drove from 9th to 2nd with Mike Leaty of Williamson, N.Y., driving from 7th to finish 3rd.

Full and comprehensive race results may be found here; www.rocmodifiedseries.com/schedules/event/406251

The next race for the Race of Champions Modified Series is Saturday, July 30 with the 33rd Annual running of the Tribute to Tommy Druar and Tony Jankowiak.