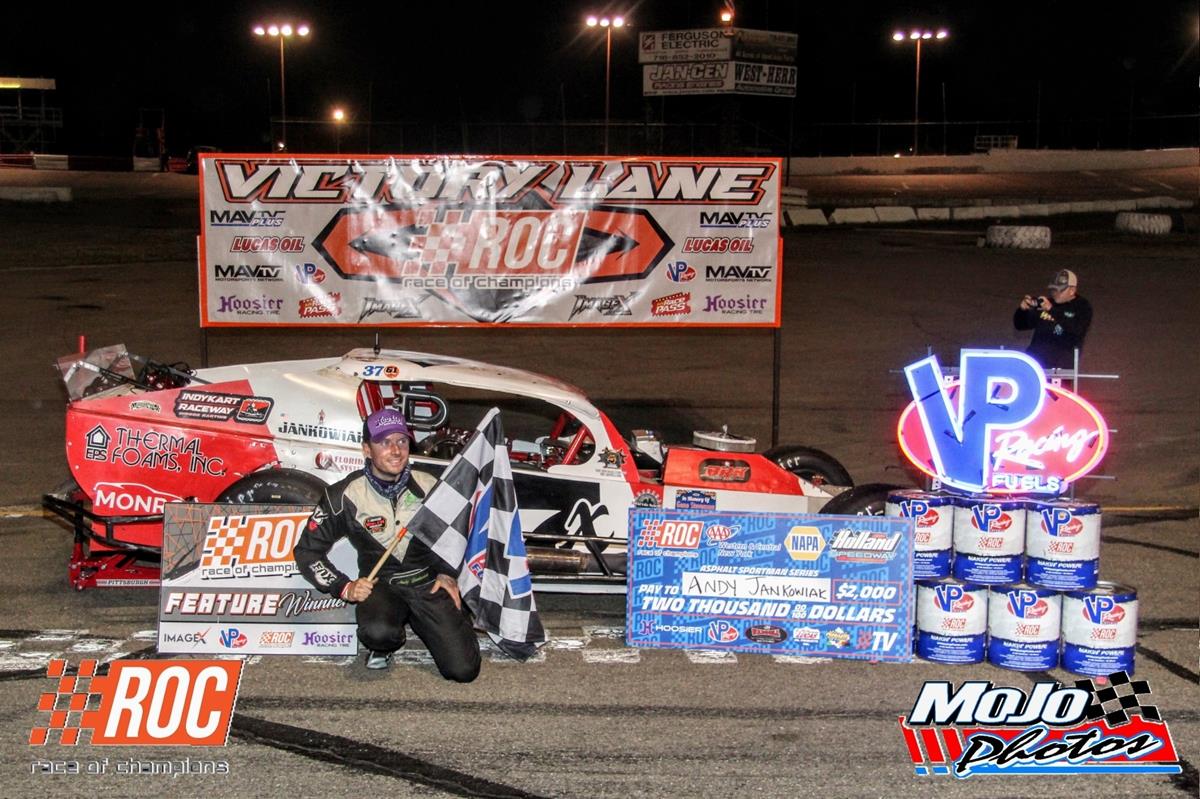 “Our Sportsman car just seems to go well when we have the opportunity to race it,” stated Jankowiak in victory lane. “The guys did a great job helping to get this car ready while I was away preparing for our next ARCA adventure. I need to thank everyone that helps me out. Tonight was a great night, I love racing here at Holland.”

Tim Welshans of South Wales, N.Y., scored the victory in the Race of Champions Street Stock Series event. Welshans held off his brother Nik Welshans of West Seneca, N.Y., and Rich Sharpe of Depew, N.Y., to earn the victory.

Full and comprehensive race results may be found here; www.rocmodifiedseries.com/schedules/event/411870